Glatt Ingenieurtechnik: Pioneer in the East and in cutting-edge research (German Article)

Link to: Glatt Ingenieurtechnik: Pioneer in the East and in cutting-edge research 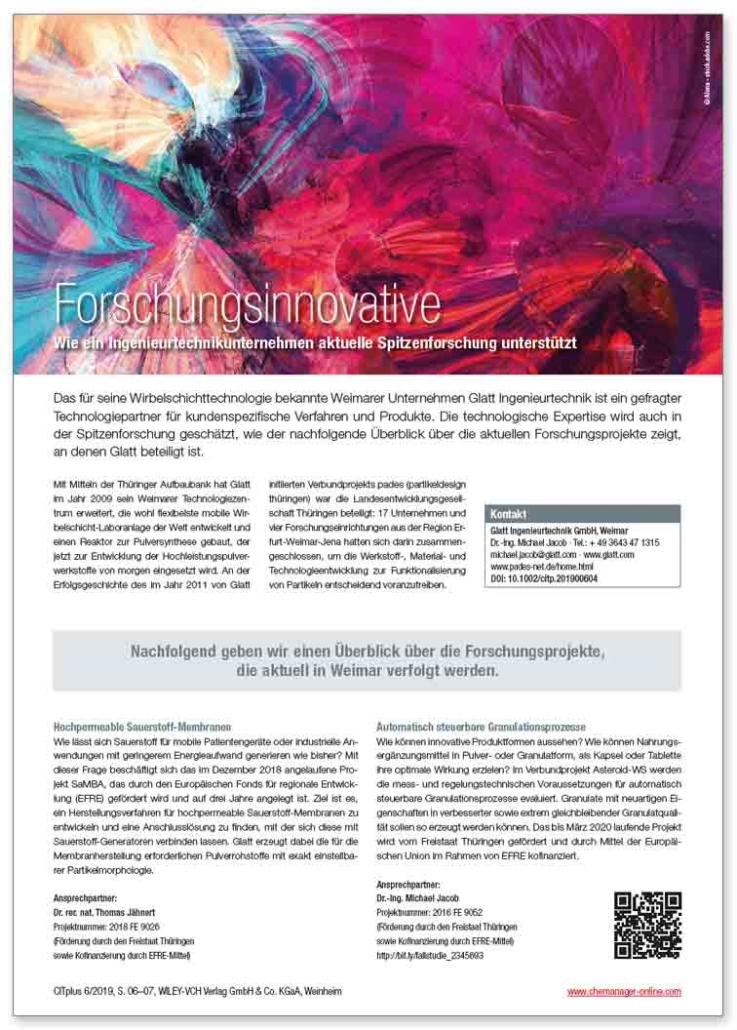 Link to: Glatt Ingenieurtechnik: Pioneer in the East and in cutting-edge research

The plant engineering company Glatt Ingenieurtechnik is one of the most innovative companies in the East and conducts research into the materials and production processes of the future.

Glatt Ingenieurtechnik, a plant engineering and process development specialist based in Weimar, Germany, has been named one of the top 150 innovation leaders in the new German states by the eastern German business magazine WIRTSCHAFT + MARKT. Known for its fluid bed technology, the company is also a sought-after technology partner for customer-specific processes and products, such as in the development of high-performance powders for 3D printing, battery materials and medical technology.

In demand worldwide and excellently networked in the scientific community: The economics ministries, state development agencies and investment banks of the eastern German states and Berlin have nominated Glatt as a beacon among mechanical engineering companies in the east. The editorial jury selected the plant manufacturer to the list of the most innovative companies. Glatt designs and builds plants and entire production facilities for the food, animal feed and fine chemicals industries as well as the biotech sector. Its technological expertise is also valued in cutting-edge research, as the overview of current research projects in which Glatt is involved shows. (Article in German language)