For the anticipated mass market adoption of electric vehicles to occur, it is necessary to reduce the production costs of battery systems to less than 200 euros/kWh. Product safety and energy densities of more than 450 Wh/l are required to ensure ranges suitable for everyday use.

The “EMBATT2.0” consortium is focusing on an approach that, in contrast to established lithium-ion battery systems, uses large-area bipolar battery stacks as the central storage element.  Adopting the established process for fuel cell production, individual cells were    stacked and connected in series to create bipolar electric assemblies. Such a structure bypasses complex cell packaging and supplies stack voltages that are determined by the number of stacked individual cells. This greatly simplifies the connection technology, since the electrode carrier films themselves act as large-area cell connectors and the low internal resistance makes it possible to realize very large electrode areas. The EMBATT concept thus transfers the high energy density at the cell level directly into the battery system and eliminates the module structure as an intermediate level.

Work focused on the development of LiNi0.5Mn1.5O4 (LNMO) cathode material with a defined primary particle size and formed crystal surfaces that can be produced at low cost. Furthermore, an anisotropically electrically conductive polymer film as arrester with electrical conductivity in the direction of the surface normal was developed as part of the project, as well as a polymer electrolyte based on polymer ionic liquids, which has a defined ionic conductivity.

As a specialist in particle design, Glatt was entrusted with the task of developing efficient and economical process solutions for the synthesis of novel LNMO systems as high-performance active battery materials. With the aid of Glatt Powder Synthesis, raw materials were produced that met the required specifications like particle size, phase formation, or capacity and were suitable for mass-market adoption (scalability, manufacturing costs). 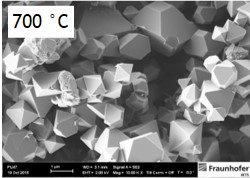 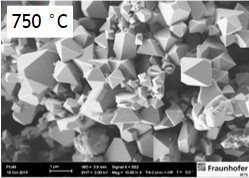 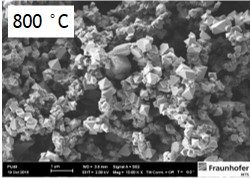 The structure of LMNO-powder can easily be modified by changing the stoichiometry and process parameters. Copyright: IKTS 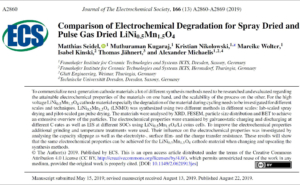 Both scientific-university partners and industry partners participated in the “EMBATT2.0” research project. The coordination was carried out by Glatt Ingenieurtechnik GmbH.

The joint project “EMBATT2.0” was funded by the German Federal Ministry of Education and Research (BMBF) and pursued within the funding program “Research for Sustainable Development (FONA3)”. 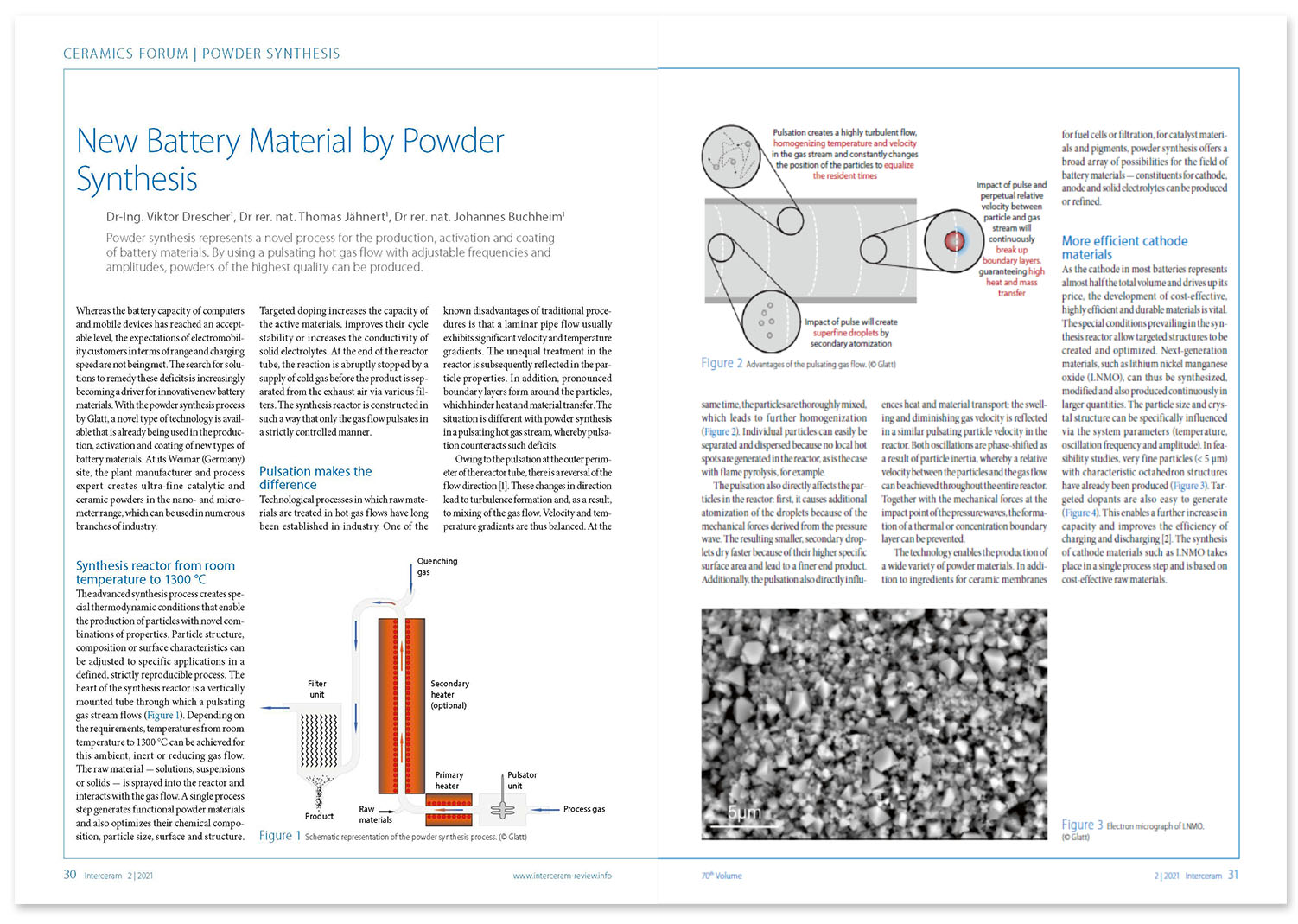 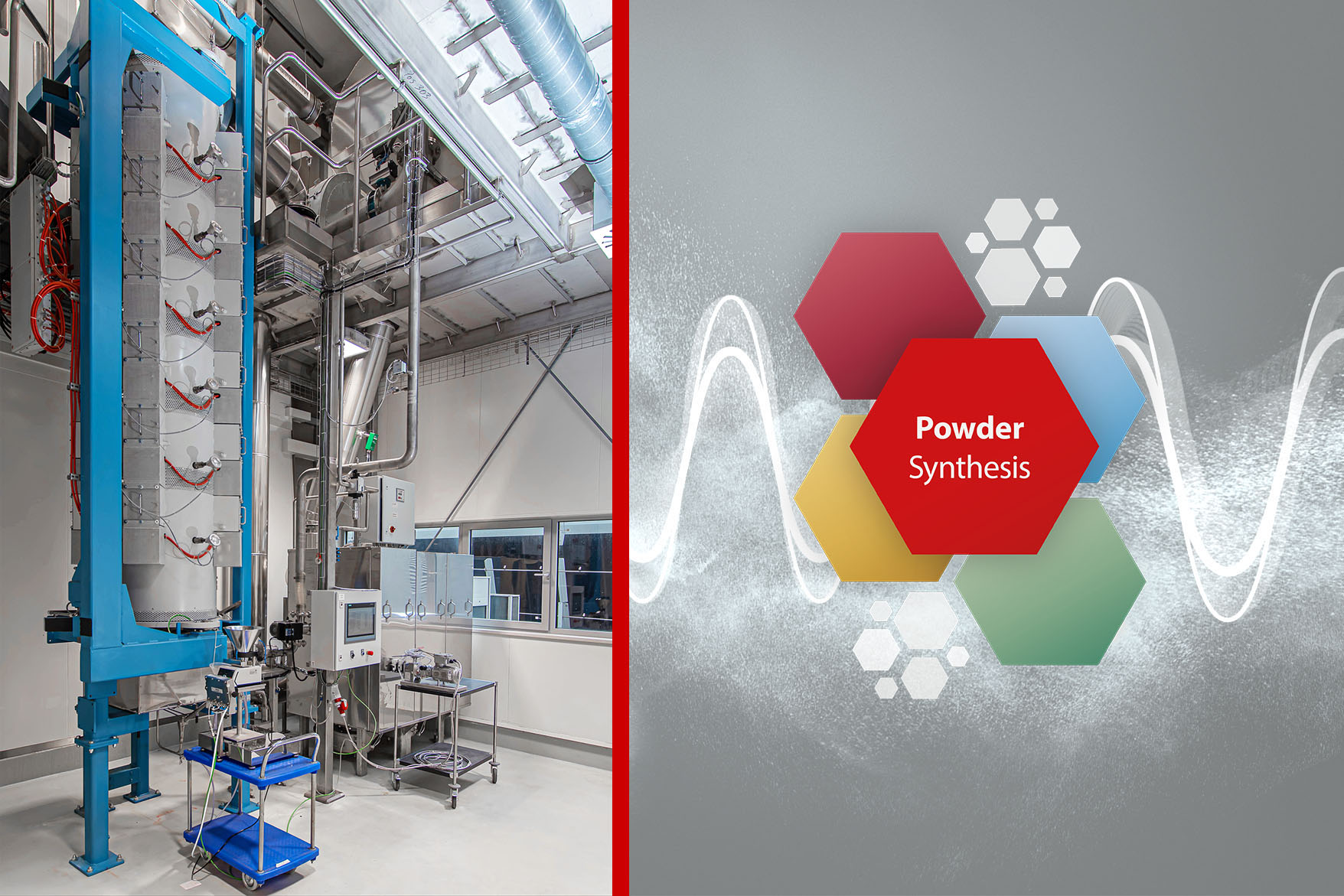 Link to: Glatt Ingenieurtechnik honored as an outstanding company with the East German Business Forum Award 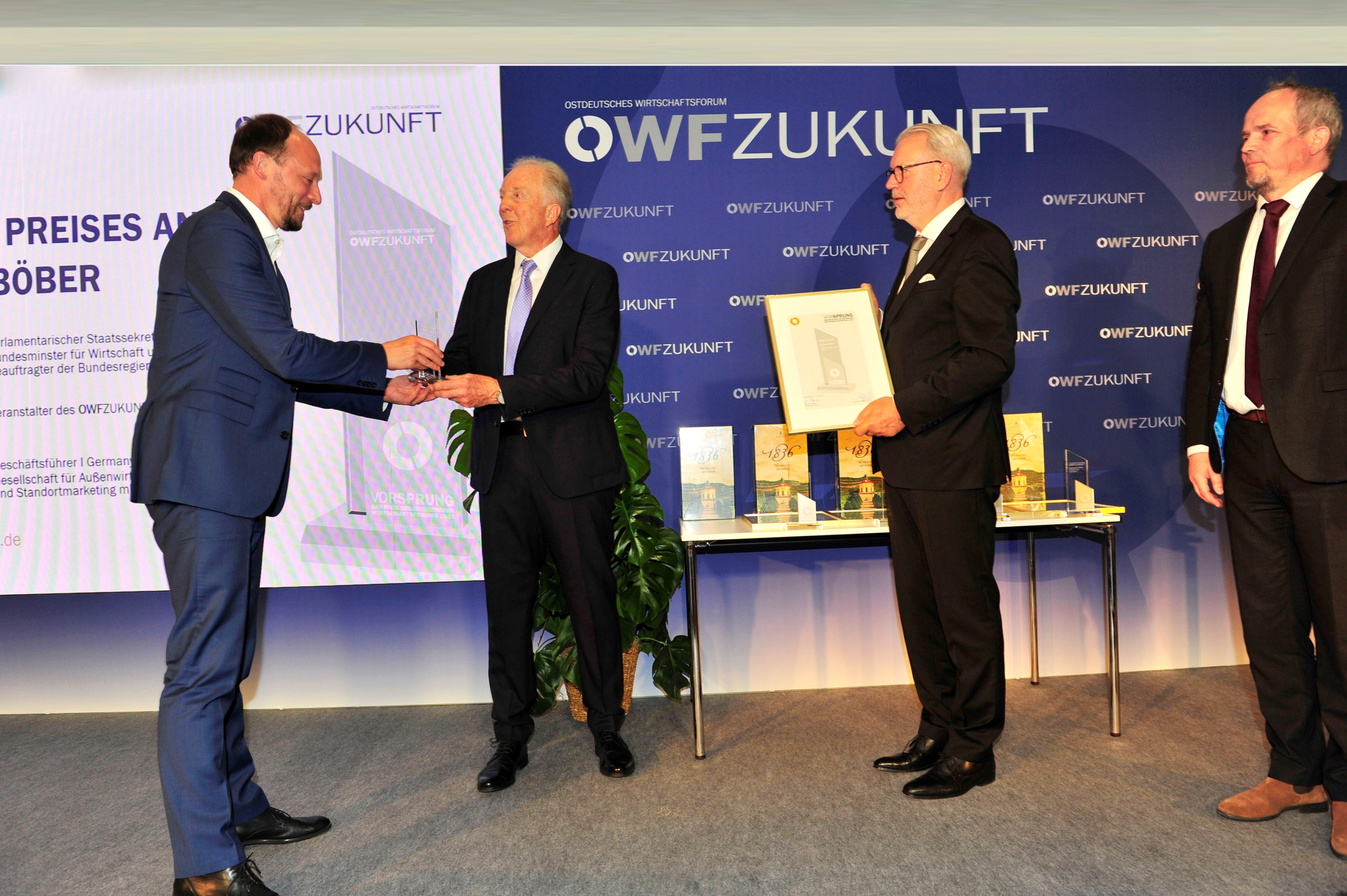 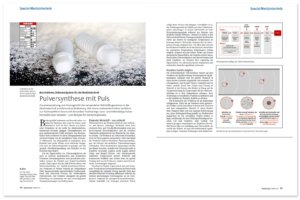